“The first shipment of Haflingers approaches North America. The date is August 18, 1958. Lloyd’s of London correspondence verifies the route of the Bischofstein. “…she sailed from Hamburg on 9 August and arrived at New York on 18 August… This first shipment includes thirteen Haflingers, several Lipizzans, and a few riding horses. All are purchased for Tempel Steel, Chicago, Illinois.” p. 30 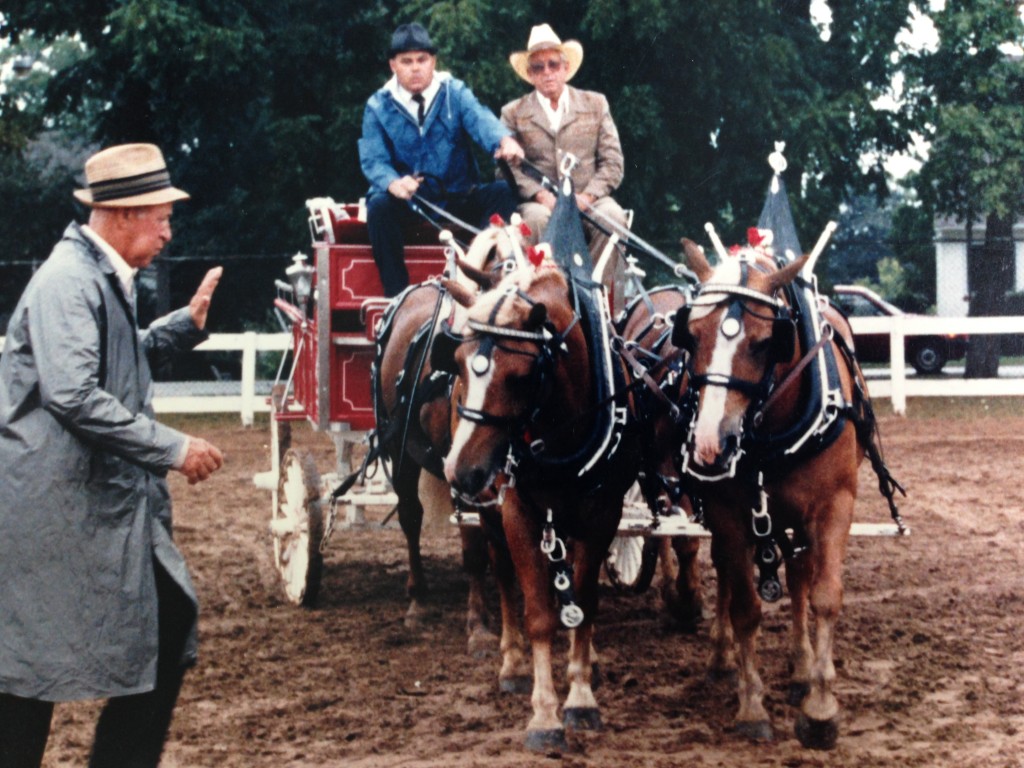 “In the early part of the 1970s, most Haflinger development continues to focus on the Haflingers from the early importations. Popularity of the breed spreads slowly because of scarcity. Heaviest activity centers on Tempel Farms Haflingers. Some traces of the Heisdorf and Nelson horses remain, but only two Haflinger farms are known in the Northwest: San Francisco Ranch and John Van Dongen, Richmond Rodeo, Ltd, Inc.. Knowledge of their operations is limited.” p.89 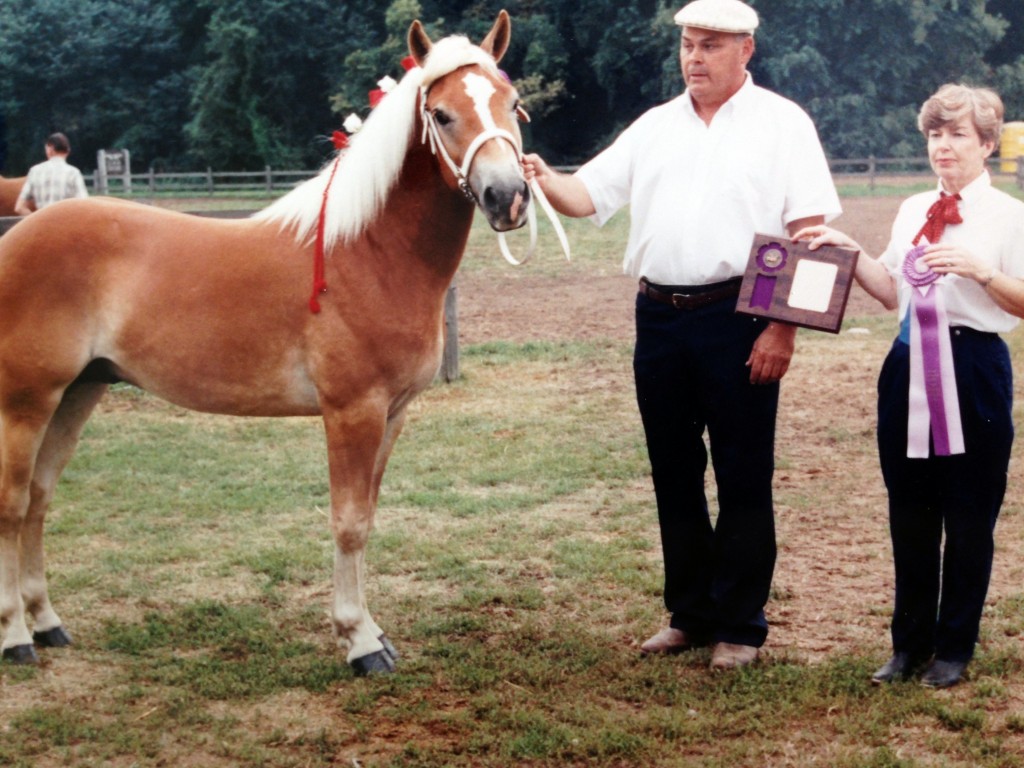 “The first part of 1974 sees new buyers coming regularly to Tempel Farms as well as previous buyers returning for additional purchases. Paul E. Oatess, Marion, Indiana, makes his first purchase on January 26, 1974, and purchases Stampede. Clyde Simms, Chestertown, Indiana, makes a single purchase on February 17, 1974, of Stalwart (Student [Easter Sunday] x Colleen.) No other record of this Haflinger is known. He is not registered officially and disappears.” p. 98 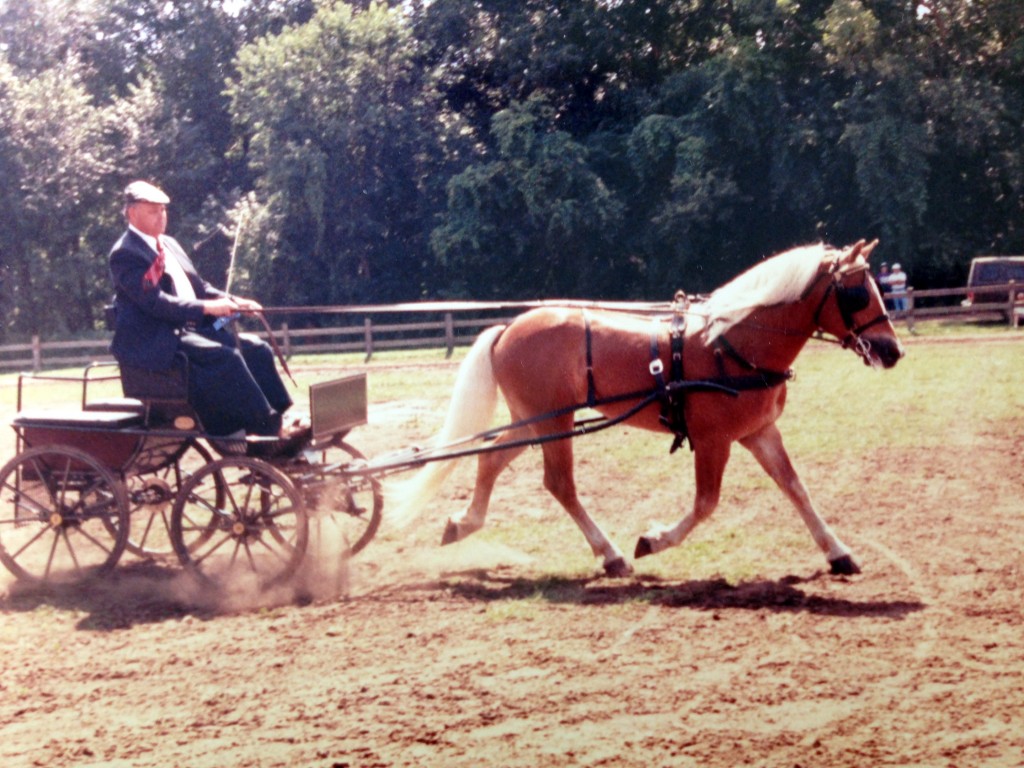 “In October 1986, Tom and Judy Ellegood, Elizabethtown, Indiana, purchase the last foals born at Tempel Farms. Probably no other Haflinger owner visits Tempel Farms as many times as Tom Ellegood. He makes a practice of regularly stopping in when he is in the area. One of these days occurs in October, 1986. Ellegood notices that two foals are in one of the pastures. He asks about them and the older Haflingers that are left. He is told that Tempel Farms has made an agreement with Walt Mosher of New York that if the older horses are ever sold, they will be sold to him.” p. 139 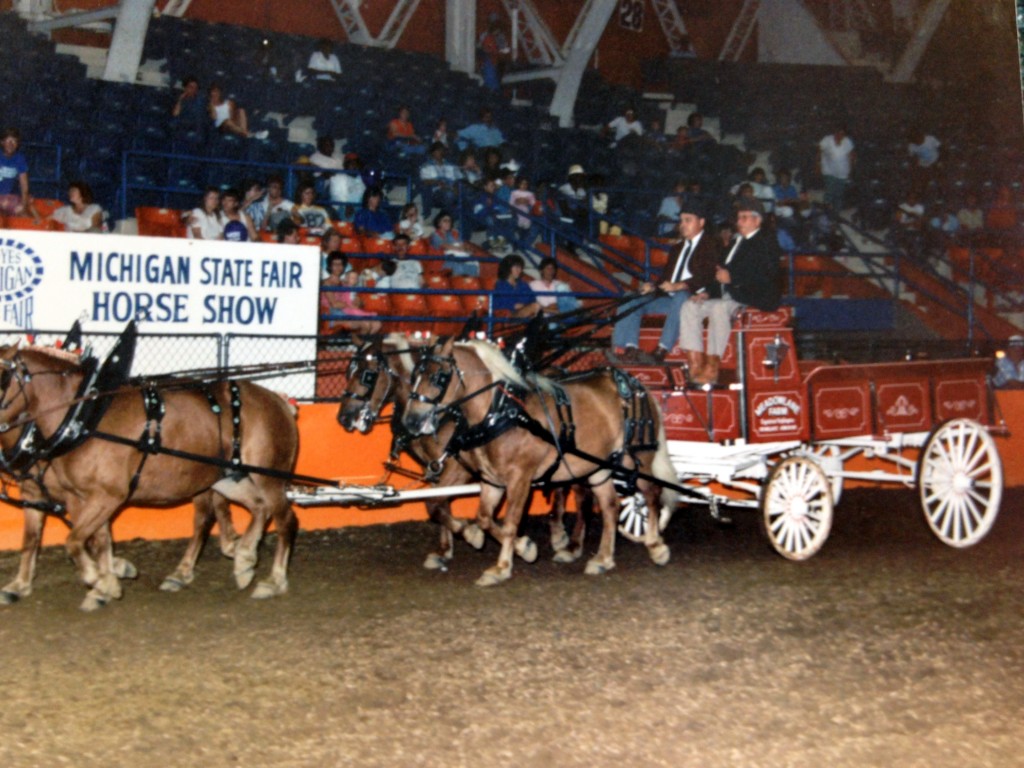 “The decade of the ’90s sees a coming of age for the Haflinger horse. There are so many new people and new activities that “old timers” are heard to say, “Don’t you miss the old days when you knew everybody?” It really is true that most Haflinger owners are acquainted with each other, either personally or by name recognition, in the previous decades. Now, it is no longer possible to go to the main sales and shows and say hello to almost everyone present because of past meetings. There’s no stopping progress, however, and the Haflinger breed in 1990 is just on the verge of a boom.” p. 181